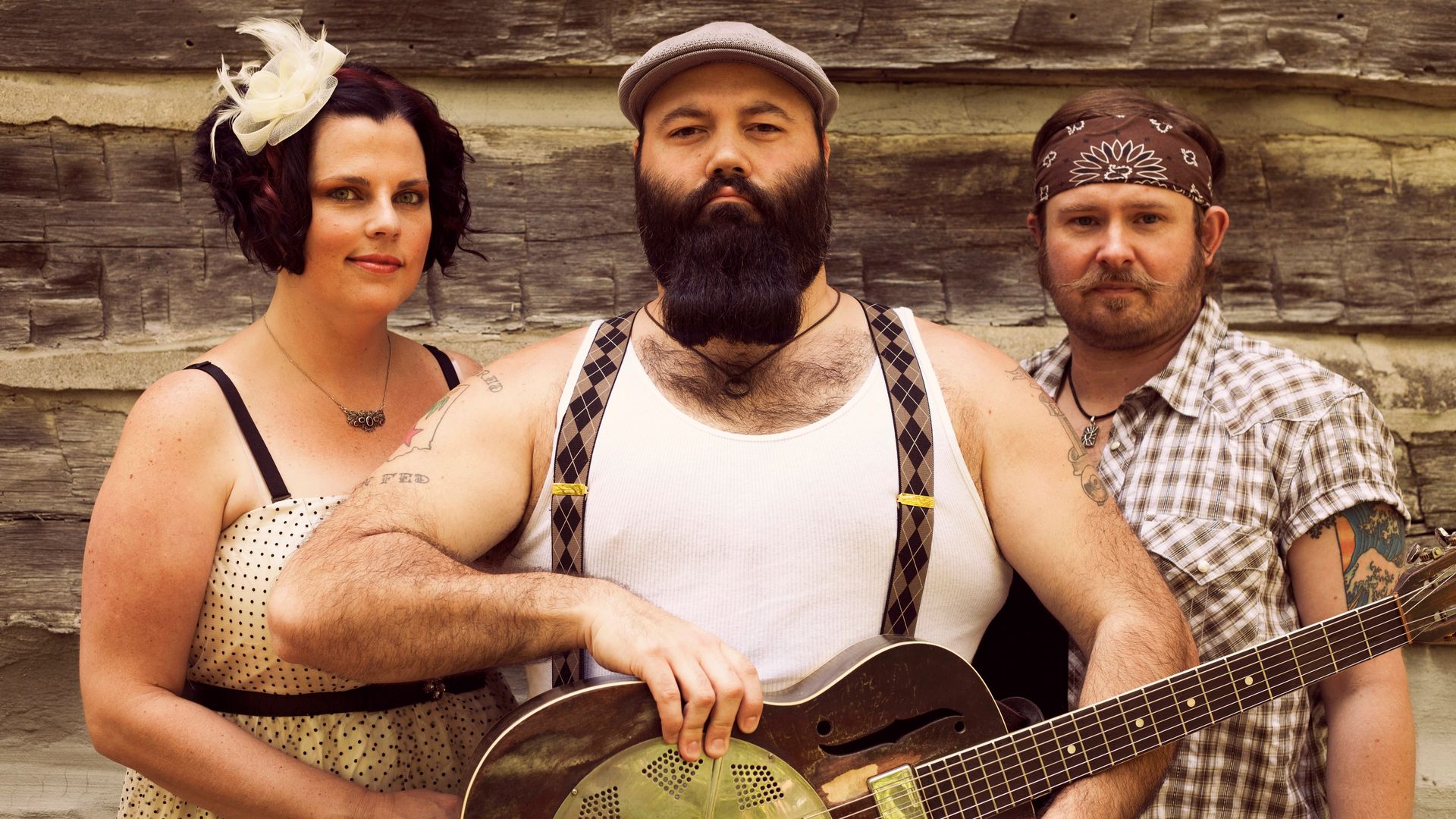 Reverend Peyton’s Big Damn Band is one of those bands that you just have to see live to full experience it. The Rev. plays a unique style of finger picking guitar where he plays the bassline with his thumb while strumming the rest of the chord with the other fingers.  Consisting of the Reverend on Guitar and Vocals, Breezy Peyton on washboard and Max Senteney on Drums.  Wikipedia calls them a Country Blues band, and that is more or less accurate, but there is a certain style and energy to the playing and performances that gives them a sound to their own.  The first time I saw them, they were opening for Flogging Molly at Irving Plaza in New York, which was definitely not a country blues show.  The last time I saw them was on a punk rock cruise to Nassau.  So they can fit with country acts as well as punk bands and pretty much any scene that prides it self on energy and authenticity.

It is a treat to have them frequenting Key West and I hope they are shown some love at TKW in January.